The clamor over the release of Windows 8 this October couldn’t be louder; although to be fair, the noises are coming from both sides of the fence. Some say that the new OS’s touch-focused interface could just be the next step for desktop and laptop interaction, while others say that various factors could very well make Windows 8 the next Vista.

Whatever the case may be, various laptop manufacturers have been making portable computers that are ready to run Windows 8 once the OS ships out, with some sporting some rather peculiar laptop parts and/or features. Below are those that are starting to generate a bit of their own hypes. 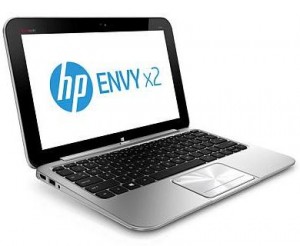 The Envy x2 sports a sleek-looking aluminum design not unlike a MacBook Air’s. Its screen is an 11.6 inch 1366 x 768 LCD with in-plane switching (IPS), meaning it has a considerable viewing angle range, which will especially come in handy when it is in tablet mode.

It also has NFC technology which allows for quick and seamless on-the-fly file-sharing; a feature that is sure to come in handy with Windows 8’s expectedly quicker interaction routines. 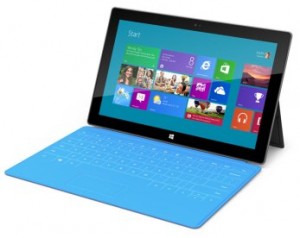 Of course, Microsoft won’t allow itself to be left in the dust once its OS hits the stands. Venturing for the first time into PC manufacturing, the Surface is a convertible hybrid that features a metallic chassis with a kickstand and a super slim Touch Cover that also houses the keyboard. Its screen is 10.6 inches and Gorilla Glass-fortified. Its ClearType technology also indicates that the Surface will have rather wide viewing angles.

Microsoft has announced two versions of the Surface upon release, with the Intel Core-powered version running Windows 8. The other version contains an ARM processor and will be running Windows RT.

The ASUS Taichi is quite the odd duck, with its dual-sided screen raising a lot of eyebrows. Some are speculating that this laptop part (one screen on each side of the top chassis) will showcase some sort of Windows 8 feature yet to be disclosed by Microsoft. Others are saying that it could just be an expanded laptop feature and nothing more.

One thing’s for sure: Both screens don’t necessarily have to show the same things, making the former speculation all the more intriguing.

Attractive laptop components include an Intel Ivy Bridge processor, 8 GB of RAM, a 256 GB SSD, and a screen capable of displaying resolutions of up to 1600 x 900 pixels.

Finally, Samsung is also getting into the convertible hybrid market with two models: The Series 5 and the Series 7. The former will be powered by an Intel Atom CPU and will feature a 1366 x 768 screen, while the latter will have a Core i5 and will have a screen capable of displaying full-blown 1080p HD. Both will also feature Samsung’s cool S Pen stylus and S Note app to augment the upcoming OS’s touch controls.

Colleen Northcutt is a 22 years old from Reno, Nevada. She is an avid PC gamer and a Writer / Web promoter, and Blogger at laptopaid.com. She’s written about technology especially for laptops and notebooks and very passionate, optimistic & dedicated woman who takes up responsibilities with utmost enthusiasm.