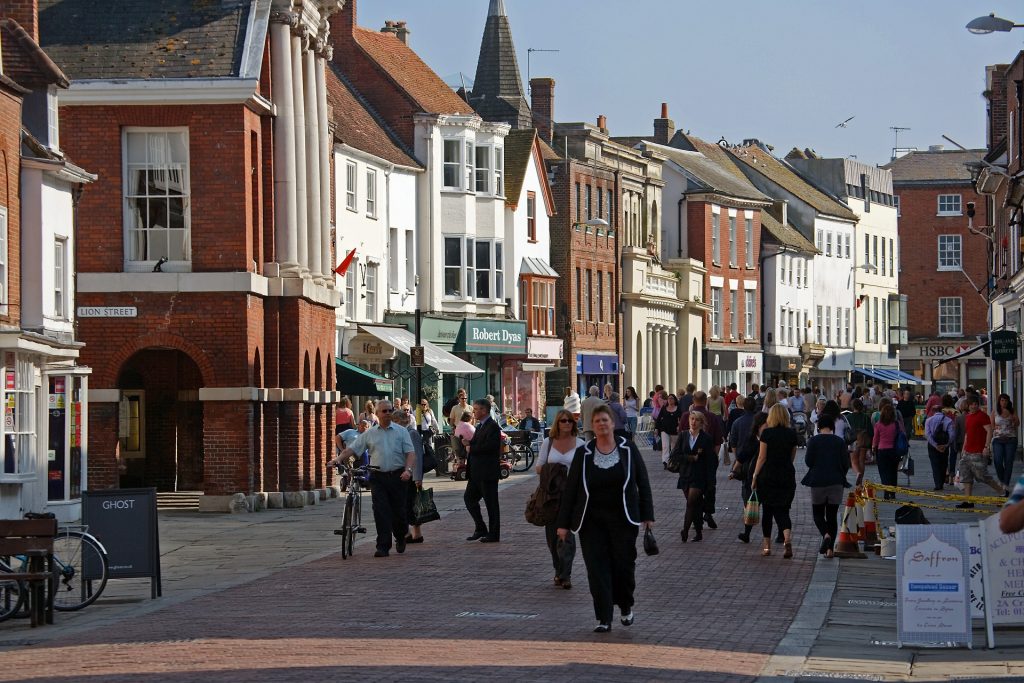 Many of the larger businesses that spend a lot of money on Facebook ads (and other advertising) are not local. They’re doing marketing nationwide. Or even worldwide. There’s a different strategy for that. And Facebook has them covered. But Facebook wants to have small local businesses with local customers covered too. That’s where the local awareness ads come into play.

Local awareness ads are not much different than other ads, but there are some differences in the strategy and methods used to deliver them.

The most obvious thing about local awareness ads is that they’re showing to a small area. Your local area. You can set the radius from your business from 1 mile to 50 miles. Setting the radius to 50 miles means only people within 50 miles will see your ads.

Some of the features on the ad itself may be different. For example you can have a button that says “Get Directions” on your ad. You wouldn’t, and in most cases cannot, do that with other types of Facebook ads.

To create a local awareness ad choose the campaign objective “Reach” in the first step of creating your ad. Previously there was a campaign objective called Local Awareness which no longer exists. You’ll get the same result using the Reach Objective. The reach objective helps your ad reach as many people as possible. The number of people reached is not limited as it is with other objectives like “engagement” or “traffic”. The goal for local awareness is to reach as many people as possible.  You can still narrow down your audience using gender, age, interests and behaviors.

Sometimes you can reach A LOT of people for a very low cost. As in this example:

How many people you reach depends on various things. One thing that helped reach more people in this example was that the post itself was fun and interesting to many people in the local area. A homecoming parade. That’s a popular event! 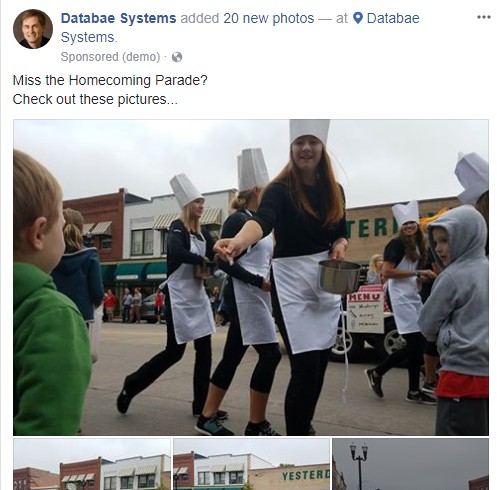 How does this help my business though? There’s nothing about my services or an offer or anything like that. But that’s a good thing because it’s on social media. It’s a local awareness thing. People are seeing who posted it. They’re seeing something fun and interesting without being pitched about a business offer. It creates goodwill. It’s local awareness.

There is a way of boosting a post and still reaching the maximum number of people though. You can do this by changing the “optimization” setting to reach. Actually you’ll have two choices for more reach. Daily unique reach in which case your ad will show up to one time per day per person. Impressions is the other option which will let your ad show multiple times to the same person in one day, but only in the right column on desktops. I usually just choose daily unique reach.

To make this change go into the ads manager and edit your ad set after boosting your post.

Then change the optimization setting from Post Engagement to Daily Unique Reach: 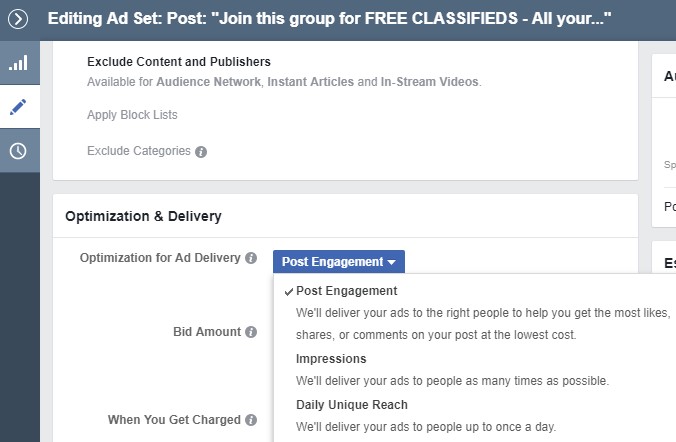 The alternative to boosting a post is to go into your ads manager account and create an ad there. You can still use an existing post as your ad but you can choose the “reach” objective. This way you won’t have to go back in and change the optimization setting. Here’s where you choose the “reach” objective (it’s the first step in creating your ad): 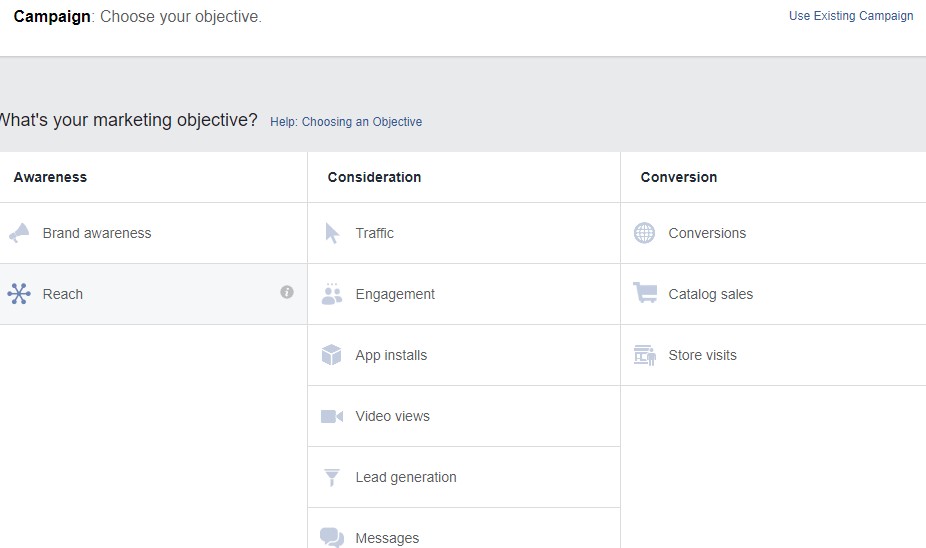 The Facebook ad campaign is made up of 3 sections or levels. The campaign level, where you choose the objective. The Ad Set level where you choose the budget, schedule, audience settings, placement settings, and optimization and delivery settings. The Ad Set level really controls who sees your ad. The third level is the ad design level or simply “ads”.

Other types of local awareness ads

You could consider any Facebook post or ad a “local awareness ad” if you’re showing it to people in your local area. But using the reach objective means you’re not asking Facebook to try target certain people. You simply want all the people within your audience (defined by your other audience settings such as age, gender, location, etc) to see your ad.

Another option is to click the button that says “Promote Local Business”. See the image below:

This is just another way to create an ad quickly. The resulting ad campaign will have the objective of “reach”. So it’s really no different than creating an ad in the ads manager and choosing the reach objective in the first step.

What about video ads?

If you upload a video and use it in a Facebook ad you can create an ad with a reach objective. However, if you choose the video views objective you cannot change the optimization setting to reach like you can with a post engagement ad. For reaching most of your audience in your local area simply add the video as a regular post, then promote the post as an ad (either by boosting it and changing the optimization setting to reach or by using ads manager to use your existing post as an ad). Choose the reach objective rather than the video views objective.

Direct response is better but takes a bit more planning and work. You can do direct response advertising within an awareness type ad on Facebook simply by changing what the ad says. It’s kind of a combination of the two types of advertising. Using direct response for the ad itself and using awareness for targeting the audience. People who are interested may respond. Others who are not interested at least become aware.

Are you using Facebook to reach local customers? Let me know in the comments below.